The Impact of Rupee Depreciation 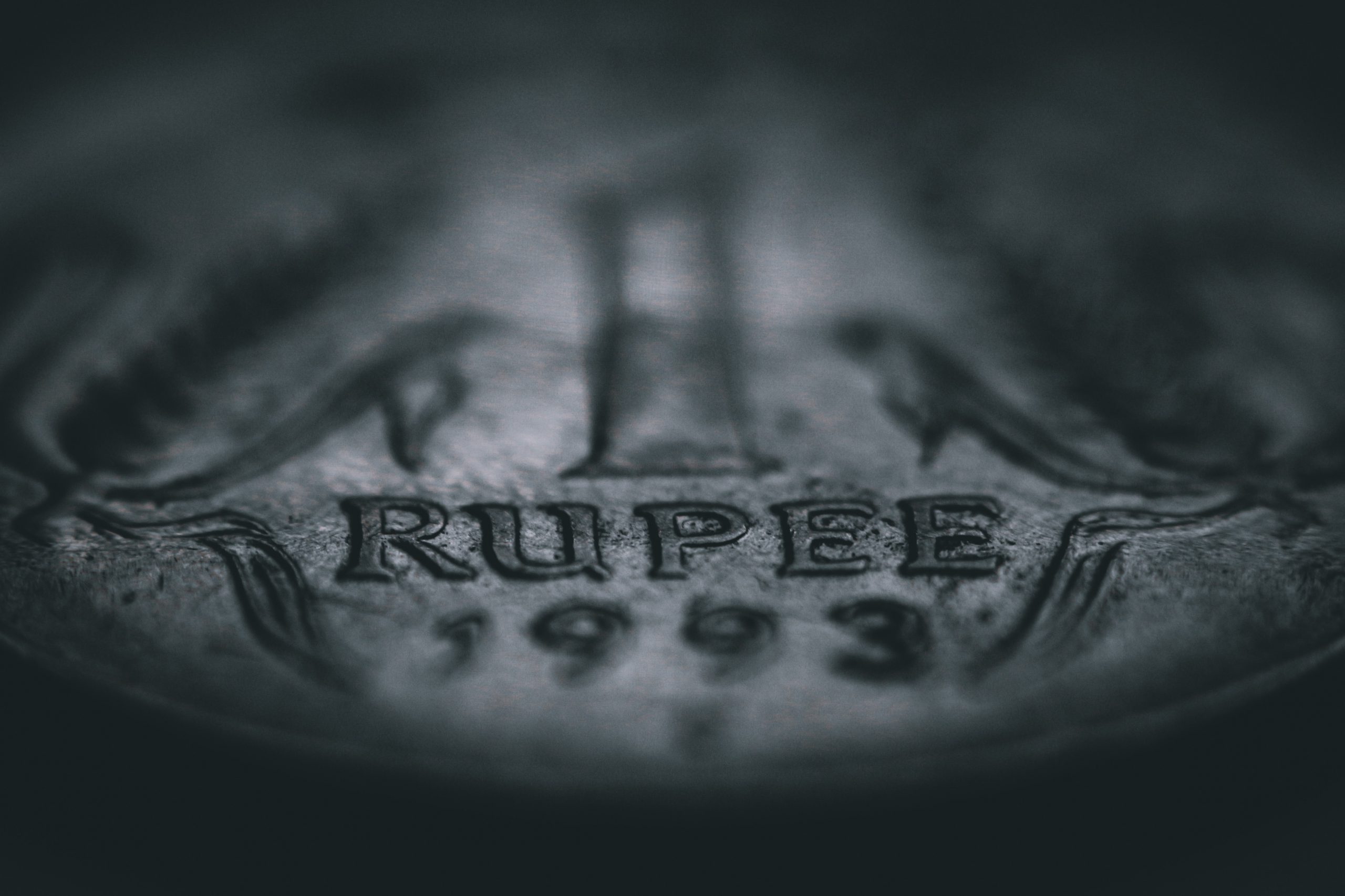 The rupee has been on a downward spiral since January 2022 (-6.28%) leading to negative market sentiments. It settled at a fresh low of ₹79.64 on 13th July, 34 paise away from ₹80.    Rising crude oil prices, a strengthening Dollar Index, and huge amounts of FII (Foreign Institutional Investors) outflows in Indian markets are the primary reasons for the depreciation of the rupee.

What does the depreciation of a currency exactly mean?

Currency depreciation is the loss of a currency’s value in terms of its exchange rate versus other currencies. It specifically refers to currencies with a floating exchange rate, which is a system in which the value of a currency is determined by the forex market based on supply and demand. For example, if the value of 1 USD changes from ₹75 to ₹80, the change will be termed ‘depreciation’ of the rupee.

How does this impact import?

India, as a net importer, relies heavily on imported goods to meet its needs. Imported goods become more expensive due to depreciation in the value of the rupee leading to inflationary environments. India imports 80% of its crude oil and this has a multiplier effect on the prices of fuel – diesel, petrol, and cooking gas – which are already high.

Industries like oil and gas, paints, food, and beverages that depend on imports for their raw material needs suffer when the currency depreciates. Elevated commodity prices tend to dent the profitability of these companies. Industries usually pass on these elevated prices to customers to reduce the hit on profitability.

How does this impact export?

From a revenue perspective, industries like Pharma and IT benefit when the currency depreciates as companies earn more rupees while exchanging dollars. Pharma companies with subsidiaries outside of India tend to report higher consolidated margins because higher cost inventory translates into lower operating expenses.

Current Account Deficit (CAD) is a measurement where a country’s imports of goods and services exceed its exports. A depreciating currency coupled with elevated commodity prices tends to inflate the CAD due to expensive imports and force the central bank to dip into its forex reserves to finance the deficit. India’s CAD widened to a record high of $25 billion in June from $24 billion in May. On a quarterly basis, the gap increased 122.8% in the June quarter to $70 billion from $31 billion in the year-ago period.

How does the RBI intervene?

When the value of a country’s domestic currency tumbles, the central bank intervenes by selling its foreign reserves, causing capital outflow. This aids in curtailing the arresting in the value of the domestic currency. According to the RBI’s Weekly Statistical Supplement, the RBI sold $5 billion in foreign exchange reserves during the week of July 1, 2022, reducing the overall reserves to $588 billion.

Inflation, combined with currency depreciation, has a double-whammy effect on the economy and consumers. Many Central Banks around the world, including the RBI, have raised interest rates to combat inflationary pressures in raw materials and other commodities. This is also expected to help moderate the Rupee’s value decline. The RBI has also announced a slew of policies aimed at increasing forex inflows while maintaining overall macroeconomic and financial stability.

Things to watch out for the next week 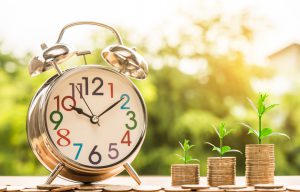 Fed raised interest rates and pledged a whatever-it-takes approach to fighting inflation. Let us understand the rationale behind this decision.

Around 2 years back the world was panicking due to the pandemic. Economists were worried as everyone was locked inside their houses, not purchasing things, not using many services, leading to spending going down. When spending goes down, companies’ profits go down. When profits go down, people lose their jobs. When jobs are lost, the economy slows down, people grow poorer which is not good for the economy.

A slowing economy is an economist’s nightmare. Central banks across the world were facing this problem. Business and spending are hugely driven by borrowed money that is paid back. One way central banks try to stimulate more spending is by making it easier to take loans by lowering interest rates. India did the same in CY20.

There’s one more option on top of this: print more money. India did not opt for this option but the US did. As we all know, the US is the world’s biggest economy, whatever the US does affects the rest of the globe. Low-interest rates coupled with an excess supply of money caused the effect they wanted to see.

People and businesses started borrowing money. The money supply increased leading to spending and the economy started seeing its effects. So, the question arises why don’t we just keep the rates low and keep money printing? When there’s too much money easily available to everyone, spending increases too much. This leads to too many buyers of goods and services and not enough goods suppliers and service providers. There’s a ton of demand, but not enough supply. This always leads to prices increasing, contracting the buying capacity of the consumers which leads to inflation. Low-interest rates and money printing for too long result in inflation.

The US central bank printed high amounts of money is now leading to record inflation. How do central banks deal with this situation now? The opposite of what they did to increase economic activity – increase interest rates and stop printing money.

The inflation the world is seeing right now is not just because of low-interest rates and money printing. The markets falling is also because of the inflation that we’re seeing. Due to disruptions during the pandemic, many items are in short supply. That is making this inflation worse. Oil is one such. Microchips that go in all sorts of gadgets and cars are another example.

Of course, this isn’t the first time we’re seeing inflation. It has happened in the past multiple times. Inflation isn’t hurting India as much as it is hurting the west so far.

As an investor, you should focus on real returns. Real returns are what you get once you subtract the inflation. If an investment is giving you 6% and inflation is 7%, you actually lost money at a rate of 1% per annum. If you’re able to make 15% and the inflation is, say, 9%, your real return is 6%. Needless to say, this doesn’t mean you simply invest only in high return (which are high-risk) investments. You need to diversify according to your risk-bearing capacity. But the point remains, as an investor, real returns are the only way you should think of returns.

The equity markets are impacted due to such economic activities and investors might benefit from such a situation in long term. Our team recommends value stocks and you can even benefit from these stocks which are available at cheap rates. 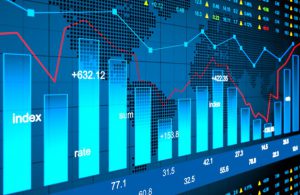 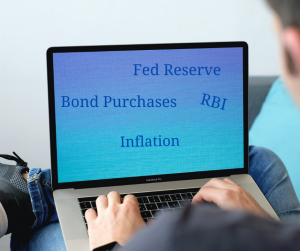 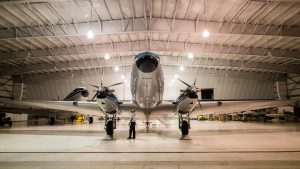 Excerpts of an interview with Mrs. Anandi Ramalingam, CMD, Bharat Electronics (BEL) with CNBC-TV18 on 25th May 2022:

How to Deal with the Behavioural Challenges of Bear Markets 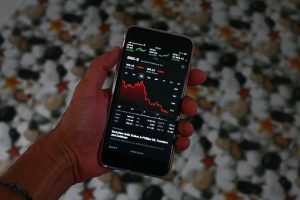 It is at times of severe market stress that investors’ worst behavioral impulses come to pass. Whilst the recent losses in the value of portfolios are undoubtedly painful; the poor decisions that investors will make as a result of the blazing environment will likely prove more damaging to their long-term outcomes.

Against such a turbulent market backdrop, which behavioral issues should investors be most concerned about?

In these environments, making sensible long-term investment decisions is highly likely to leave one looking foolish in the short term. This doesn’t mean one should not make them.  The advantage of being able to invest for the long-term is at its greatest when it is the hardest thing to do.  The only way to benefit from this is to have a sensible investment plan that is clear about objectives and the decision-making process.  Sticking with this through tough times can provide a major behavioral edge.

Source: How to Deal with the Behavioral Challenges of Bear Markets by Joe Wiggins behaviouralinvestment.com

Optimistic about the motor segment in the future – ICICI Lombard 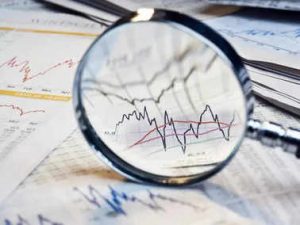 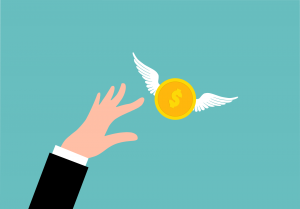