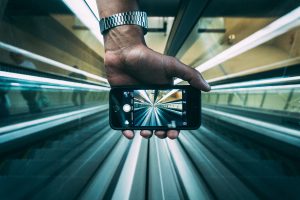 HCLTECH missed the street estimates in the declared earnings for the quarter ended 30th September 2021. Mr. C Vijayakumar, Chief Executive Officer, and Mr. Prateek Aggarwal, Chief Financial Officer at HCL Technologies discussed the quarter gone by and reaffirmed its annual FY22 guidance in an interview with CNBC-TV18 on 18th October 2021:

Expanding hiring of freshers based on demand – HCL Tech

• They signed 15 transformational deals. The momentum in the market for modernisation and digital transformation services has been great.
• The life sciences and healthcare and retail CPG verticals grew 8% plus sequentially which is a very impressive performance. All verticals, all geographies, all service lines, and all modes had a sequential growth. So it is a very good all-round performance.
• Some amount of recovery is due to the dip that they had in the first quarter but a lot of transition of deals that were done in the previous quarter got done extremely well which helped in ramping up revenues.
• A lot of existing customers continue to demonstrate their faith by giving them more projects and some incremental work which all got built. The digital foundation, which is their erstwhile infrastructure services, is very strong.
• In the second half also they have projected an overall margin growth. They have upgraded the guidance. Now 20%-21% is the full-year EBIT guidance. So in the second half, they will continue to see a good margin performance.
• The salary increases that they are giving will create a certain impact as they get into the second half of the year. That is why overall margins in H1 were ~21% but for the full year, they are guiding it to be 20% to 21%.
• Mode 1 has got a lot of digital foundation services that has also grown impressively. Mode 2, of course, has grown almost 7% sequentially and almost 15% plus from a year-on-year perspective.
• This is all the new technologies including cloud solutions, application modernisation, analytics, internet of things and cybersecurity. This is good for the margin profile apart from the cost controls that are automatically in place. Due to some of the higher value services increasing as a ratio is also good from a margin perspective.
• The Board has decided to double the dividend that they have been paying on a per quarter basis. So far they were paying Rs 2 per share per quarter and now in this quarter, the board has doubled the Rs 2 per share per quarter to now Rs 4 per share per quarter.
• The important thing is this is not a one-time kind of a thing. It is something that they intend to continue for the quarters going forward and that is the important thing.
• The overall pipeline is at an all-time high. Their pipeline has increased by almost 35% compared to what it was. Their booking increased by 35% compared to what it was in the last quarter. The pipeline has increased by almost 20% and it is at an all-time high.
• However, conversion of these deals and that converting into revenue is normally a 3-6-months cycle. They have done good bookings in the last two quarters.

The closing price of HCLT was ₹ 846/- as of 19th October 2020. It traded at 19x/ 17x/ 15x the consensus earnings estimate of ₹ 45.3/ 50.3/ 55.7 for FY21E/22E/23E respectively.
The consensus price target of HCLT is ₹ 937/- which trades at 17x the earnings estimate for FY23E of ₹ 55.7/-.
Disclaimer: “The views expressed are for information purposes only. The information provided herein should not be considered as investment advice or research recommendation. The users should rely on their own research and analysis and should consult their own investment advisors to determine the merit, risks, and suitability of the information provided.”