To launch its first EV model by 2025 – Maruti Suzuki 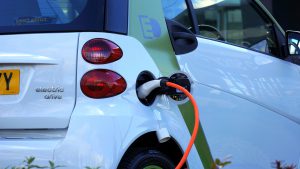 Excerpts of an interview with Mr. Hisashi Takeuchi, MD & CEO, Maruti Suzuki published in Business Standard on the 18th April 2022:

Excerpts of an interview with Mr. Shashank Srivastava, ED-Marketing & Sales of Maruti Suzuki (MSIL) with CNBC-TV18 on 03rd January 2022:

Excerpts of an interview with Mr. Shashank Shrivastava, Executive Director of Maruti Suzuki (MARUTI) with CNBC TV18 on 31st August 2021:

No Plans to enter EV Segment in the short term: Maruti Suzuki

Update on Indian equity market:
Another day, another all-time high! Indian markets were in full swing today as Nifty50 closed 209 points higher at 14,346. Within the index, MARUTI (5.8%), TECHM (5.8%), and WIPRO (5.7%) led the gainers while HINDALCO (-1.6%), TATASTEEL (-1.2%), and INDUSINDBK (-1.1%) were the highest losers. Among the sectoral indices, IT (3.8%), AUTO (3.6%), and MEDIA (3.3%) led the gainers while METAL (-0.6%) and PSU BANK (-0.5%) were the only losing sectors.
Excerpts of an interview with Mr. Shashank Srivastava, Executive Director, Maruti Suzuki India Ltd (Maruti) published on Economic Times dated 7th January 2021:
On the retail side, the demand has been pretty good but not at the levels seen the year before last. This year is a unique year. This December is different from the earlier Decembers because the availability of vehicle stock across the industry has been a constraint for retail for the month.
In terms of vehicle availability, the company has been working at peak production for the last couple of months and still the stocks are low.
There is definitely a bounce-back in the last couple of months, but if the April to December cumulative figure is compared to that of last year’s, there is an 18% YoY decline. Last year itself was 17-18% less than the previous year. If compared to the same period two years ago, this year is almost 33% down.
In the previous five years (2015-2020), the CAGR growth in industry volumes is just 1.6-1.7% compared to 5.9% during 2010-2015 and 12.9% during 2005-2010.
The big reason for the slowdown in growth is that the cost of acquisition has gone up for various reasons. One is because taxation has gone up substantially. Extremely high road taxes along with an increase in insurance taxes increased the cost of acquisition for vehicles. Another factor is a shift from BS-IV to BS-VI norms which increased the cost of owning a vehicle substantially.
Just like BS-VI, two major regulations are coming up in near future; the CAFÉ 2 which is applicable from 22nd April 2021, and BS-VI phase II, RDE which will start from April 2023. This will result in a further increase in the cost of ownership.
In the entry SUV space, Vitara Brezza continues to be the leader. For the mid SUV, the company has S-Cross which was launched recently with a 1.5-liter BS-IV petrol engine. The company has a weaker spot in the upper SUV space.
Consensus Estimate: (Source: market screener and investing.com websites)
The closing price of Maruti was ₹ 8004/- as of 8-Jan-2021. It traded at 53x/ 32x/ 26x the consensus EPS estimate of ₹ 152/ 248/ 311 for FY21E/ FY22E/ FY23E respectively.
The consensus target price of ₹ 7,670/- implies a P/E multiple of 25x on FY23E EPS of ₹ 311.
Disclaimer: “The views expressed are for information purposes only. The information provided herein should not be considered as investment advice or research recommendation. The users should rely on their own research and analysis and should consult their own investment advisors to determine the merit, risks, and suitability of the information provided.”

Price hikes will vary from model to model – Maruti Suzuki

Excerpts of an interview of Mr. Shashank Srivastava, ED- Marketing & Sales, Maruti Suzuki India Ltd (MARUTI) with CNBC TV18 on 10th December 2020:
• MARUTI has announced a hike in the prices of its vehicles from January 21 to offset the impact of rising input costs. The quantum of price hikes is still being discussed and will vary from model to model.
• Largely the input cost increases have been because of steel and precious metals (Palladium) increasing.
• Due to the shift from BS-IV to BS-VI, the consumption of precious metals used has increased, worldwide. As a result, the demand for these metals has gone up worldwide.
• Due to the mismatch in higher input costs and lower production in CY20, there has been a sharp increase in input costs and it has become imperative to hike prices.
• He believes the pent-up demand still exists. The long-term demand would depend on the fundamentals of the economy and Covid sentiment.
• This year has been a little unusual and the auto industry was recovering from supply chain disruptions. When the demand finally came in, inventory levels are lower and due to this demand-supply gap, he expects lesser discounts compared to last year.
• According to FADA registration numbers, MARUTI sold 143,554 vehicles in November which was lower than the numbers company expected. This is due to the difference in the number of RTOs from which data is collected by VAHAN (which FADA uses) vs the number MARUTI uses. VAHAN takes data from 1252 RTOs whereas there are 1465 RTOs in India. About 15% RTOs are not a part of VAHAN data and these are in the states of Telangana, Madhya Pradesh, and Andhra Pradesh. These 3 states comprise about 13-15% of MARUTI’s sales.
• Another problem with using the VAHAN numbers is that it used permanent registration. There are about 18 states which give temporary registration and the permanent registration comes in as late as 30 days.
• For loans to customers, MARUTI is planning to add 4 more banks and 5 more in 4QFY21E. There will be 17 banks integrated on the website, which disburse about 95% of auto loans.

We import as there is little choice, should be self-reliant – Maruti Suzuki

We import as there is little choice, should be self-reliant – Maruti Suzuki

• The answer to calls for boycotting Chinese imports lies in making Indian manufacturing much more competitive, deeper and widespread, but people should remember that shunning products from the neighboring country may lead to them paying more for goods.
• While stating that importing continuously for long period is not really in anybody’s commercial interest, he also asserted that certain products continue to be imported as there is little choice in the matter due to their non-availability in India, or because of quality and pricing issues.
• Everybody knows that importing products over time actually becomes more and more expensive as the rupee gets weaker. If you were importing something 10 years ago, the same product today will cost 60-70 % higher. So it is not really in anybody’s commercial interest to continue to import, you import because you really have little choice in the matter.
• The answer to the sentiments which are being expressed is to make Indian manufacturing much more competitive, much deeper, and much more widespread. What the Prime Minister has said about ‘Atmanirbhar’ means exactly that. If you start making more products in India at competitive prices, people will not import those products.
• Asked if companies, including those in the automotive sector, need to worry in the wake of rising voices against Chinese imports following Indo-China border clashes in Ladakh, Mr. Bhargava commented that this is a natural reaction to what has happened on the border. We had this happen with Pakistan also. It doesn’t become policy. He thinks the policymakers think carefully before they make or unmake a policy. They don’t react to popular sentiments.
• Explaining why industries in India import, he said that the reason why anybody imports is that either the product is not made in India, not available or what is made in India is not at the right quality or the product made in India is too expensive.
• He also underlined the need to understand whether stopping import will hurt or benefit India. If it is non-essential products it will not hurt us, but if it is essential then stopping imports is going to hurt us much more than it will hurt China. We need to see what the import is, what does it do to our whole industry, whether stopping imports is going to hurt us or benefit us.
• When asked if importing from China is inevitable under the current circumstances, Mr. Bhargava stated that it is inevitable unless we can find alternative sources of imports and which do not raise the prices to a level that consumers will get hurt.
• We should remember that consumers ultimately pays the price of imports, the same people who are asking for a boycott have to remember that in some cases it may lead to them being asked to pay more for the same product and asked are they ready for that.
• He also called for a comprehensive understanding of the circumstances and taking informed decisions on the pros and cons of importing from China before being swayed by sentiments.
• In case of stopping imports from China consumers will not get a car if a car has 2 per cent Chinese imports. He asked that if we stop that 2 per cent and stop making the car, who will it hurt, India or otherwise, how many jobs will Indians lose, how many people will lose a living, how much taxes will be lost.
• Commenting on instances of consumers cancelling bookings of vehicles from a Chinese auto firm, he said that it is the expression of a sentiment and he understands popular sentiment.