Capex of 2.6 bn pounds to be utilized for electrification operations – TATAMOTORS 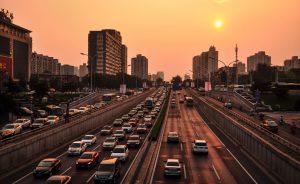 Excerpts of an interview with Mr. P.B Balaji, Group CFO, Tata Motors with Economic times on 17th May 2022:

The benchmark index NIFTY 50 declined for the 3rd straight session on Tuesday and closed at 17,325 (-0.3%). Investors’ will focus on the Fed policy decision due Wednesday which could induce volatility, amid concerns over elevated inflation and a delay in the economic recovery due to omicron strain.

Growth opportunities ahead across all segments – Bharat Forge

Update on Indian equity market:
Another day, another all-time high! Indian markets were in full swing today as Nifty50 closed 209 points higher at 14,346. Within the index, MARUTI (5.8%), TECHM (5.8%), and WIPRO (5.7%) led the gainers while HINDALCO (-1.6%), TATASTEEL (-1.2%), and INDUSINDBK (-1.1%) were the highest losers. Among the sectoral indices, IT (3.8%), AUTO (3.6%), and MEDIA (3.3%) led the gainers while METAL (-0.6%) and PSU BANK (-0.5%) were the only losing sectors.
Excerpts of an interview with Mr. Shashank Srivastava, Executive Director, Maruti Suzuki India Ltd (Maruti) published on Economic Times dated 7th January 2021:
On the retail side, the demand has been pretty good but not at the levels seen the year before last. This year is a unique year. This December is different from the earlier Decembers because the availability of vehicle stock across the industry has been a constraint for retail for the month.
In terms of vehicle availability, the company has been working at peak production for the last couple of months and still the stocks are low.
There is definitely a bounce-back in the last couple of months, but if the April to December cumulative figure is compared to that of last year’s, there is an 18% YoY decline. Last year itself was 17-18% less than the previous year. If compared to the same period two years ago, this year is almost 33% down.
In the previous five years (2015-2020), the CAGR growth in industry volumes is just 1.6-1.7% compared to 5.9% during 2010-2015 and 12.9% during 2005-2010.
The big reason for the slowdown in growth is that the cost of acquisition has gone up for various reasons. One is because taxation has gone up substantially. Extremely high road taxes along with an increase in insurance taxes increased the cost of acquisition for vehicles. Another factor is a shift from BS-IV to BS-VI norms which increased the cost of owning a vehicle substantially.
Just like BS-VI, two major regulations are coming up in near future; the CAFÉ 2 which is applicable from 22nd April 2021, and BS-VI phase II, RDE which will start from April 2023. This will result in a further increase in the cost of ownership.
In the entry SUV space, Vitara Brezza continues to be the leader. For the mid SUV, the company has S-Cross which was launched recently with a 1.5-liter BS-IV petrol engine. The company has a weaker spot in the upper SUV space.
Consensus Estimate: (Source: market screener and investing.com websites)
The closing price of Maruti was ₹ 8004/- as of 8-Jan-2021. It traded at 53x/ 32x/ 26x the consensus EPS estimate of ₹ 152/ 248/ 311 for FY21E/ FY22E/ FY23E respectively.
The consensus target price of ₹ 7,670/- implies a P/E multiple of 25x on FY23E EPS of ₹ 311.
Disclaimer: “The views expressed are for information purposes only. The information provided herein should not be considered as investment advice or research recommendation. The users should rely on their own research and analysis and should consult their own investment advisors to determine the merit, risks, and suitability of the information provided.”