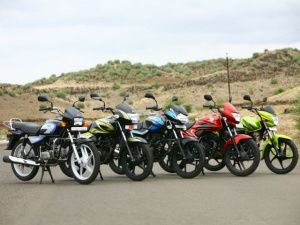 Excerpts of an interview with Mr. Rakesh Sharma, ED, Bajaj Auto with CNBC-TV18 on 28th April 2022: 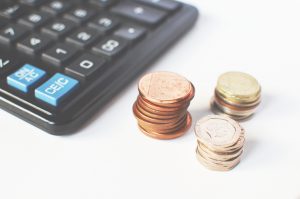 It is a human tendency to avoid a loss as much as possible. A loss of Rs. 1000 gives much more pain than the amount of joy derived after gaining Rs.1000. Humans have a bias against loss and this has been proved in many behavioral studies. Loss aversion must be inbuilt in humans as in ancient times, being careless in hunting or an injury or getting excluded from the group could lead a human to die as the world was harsh. Therefore people who were cautious survived and investors today are their descendants. So evolution has made them such that they fear loss more than they like to gain.

Few day-to-day examples – People are hesitant to sell a favorite old car or a piano even if it is not of much use to them now. If they are forced to sell it, they ask for a high price as they feel they are giving away something valuable and cannot bear to see it go.

Doesn’t everyone get tempted by offers such as ‘Buy 2, Get 1 Free’ even though they might not need three! People want to take up the offer as they do not want to lose the one that is given free. Everyone is apprehensive about taking up a new role in the company that they work in or changing a job as they are in a comfortable place and do not want to risk it. Caution is good but being so cautious that investors don’t take up any risks or challenges will not help them achieve their goals or ambitions.

Musings on the market

With state elections out of the way, the stock markets will stay focused on the ongoing Russia-Ukraine conflict and energy prices and its implications for domestic and global growth and inflation (interest rates).

We hope for diplomatic breakthroughs to end the ongoing Russia-Ukraine conflict and no further sanctions on Russia’s oil/natural gas exports. This could limit further damage to global supply chains and prices of materials and foodstuff. The decline in share prices in the last month has made many stocks attractive to long-term investors. We believe that even when diplomatic solutions are found, the world will not go to the situation as it existed before Russia entered Ukraine. Material costs will stay higher for longer, consumption will be reduced and interest rates will move up in 2022. Lockdown in China’s Shenzhen and Jilin province amid a surge in fresh cases may impact industries such as chemicals and automobiles. Issues with respect to the ports causing delays with shipping may hurt the global supply chain.

For the past few months, foreigners have sold Indian stocks in large quantities. Indians have continued to buy but not in equal strength. We believe that Indian indices may not fall sharply in the next few months if global conflict does not worsen. We think investors should now start to invest in a mix of defensive and pro-cyclical sectors now.

Jason Leach points out that statistics abound showing that market corrections without recession are buying opportunities. Outside of recession, and after declines of 10%+, the US S&P 500 Index is higher one year later approximately 90% of the time with an average return of 25%+ (32 corrections since 1980 – source: LPL Research).

Data also shows that market corrections outside of recession around geopolitical tensions are buying opportunities. Outside of recession, only once since 1939 was the US S&P 500 Index lower one year after a domestic political or geopolitical shock (29 occurrences), with a median one-year return of 13% (source: Deutsche Bank).

Does this mean investors should be fully invested now? Not so fast, we think. Jason Zweig reminds us that glaringly obvious big fears, like the risk of nuclear war, can blind investors to insidious but more likely dangers, like the ravages of inflation. Second, investors need not only the courage to act (continue with regular investments in stocks) but the courage not to act—the courage to resist (not giving to the temptation of new products, hot IPOs).

This is a often repeated fallacy that imitating rich and famous people’s investing strategies will result in success, however nothing could be farther from the truth. The intuition is obvious—if that person is rich, they must know how to handle their finances. And if they’re doing something with their money, I should probably do the same thing.

The problem with this strategy is that their investing goals might be completely different than yours, aside from growing your wealth, there might be nothing common between your financial dreams and theirs. The rich and famous make investment choices that align with their lifestyles.

A famous renowned mutual fund manager that can, and does, change strategies in a heartbeat. If he’s bullish on electric motorcycles on Monday morning, he may sell the entire position by Thursday afternoon. Within the last few months, he may have short sold the stock of any automobile company, and called for “the mother of all crashes” in crypto. You’ll see plenty of articles about what Mutual Fund Managers may be trading at any point in time because “Guess what this ace investor is Buying…” is a click-inducing headline. But it’s impossible to track his whipsawing strategy by following the headlines—you’ll only know his next move well after it’s made. You can follow him into the halfpipe, but you might end up in traction.

the CEOs and insiders—is it possible that these folks are selling because they know disaster is around the corner? Sure. But let’s remember that these people sometimes just need cash, too. Most of a CEO’s pay doesn’t come in the form of a biweekly salary; it comes in stock-based compensation. So, whether they want to buy a boat or need to pay their kid’s tuition, selling stock will be the primary way to get cash. They might also be selling as part of an ongoing plan to reduce their concentration in their company’s stock. Diversification is a tenet of Investing 101, hardly an ominous sign of impending doom. You can follow them into the halfpipe, but you might be misinterpreting their motives.

The lesson is simple, the right investing strategy can’t be found by blindly imitating rich people or by listening to “experts” on the news channels every morning. Investing is a very personal discipline, and you don’t know their time horizons, motivations, or even their personal finance acumen—plenty of rich folks end up going broke.

Ultimately, you can’t find the “right” strategy by following anyone in the world because the search begins within YOU. Your goals, your saving and spending habits, and your personality are unique and crucial inputs to your investment strategy. If you need help matching YOU with your investments, it’s time to talk to a financial advisor. The best advisors aren’t the smoothest talkers or those with the most expensive suits. The best advisors are those who truly listen to understand you, then devise a strategy that fits.

What to do in these times?

As Indian markets continue to fall along with most other international markers, investors are wondering if this is the time to buy their favorite stocks. The latest trigger for the decline was the Russia – Ukraine conflict. The situation keeps changing every day but the impact on commodities – oil, sunflower oil, metals such as aluminum, copper and nickel, corn, wheat – prices have been immediate. The auto industry would be specifically affected as Russia is also a significant supplier of palladium a key component in semiconductor chips. Natural gas prices are already on the rise and Russia’s ejection from the global swift system could cause a lag in trade payments affecting balance sheets. The best outcome from investors’ perspective would be the cessation of hostilities and the world going back to its previous way of working. The possibility of this happening is fairly low.

Indian investors have to worry about three more developments in early March. We expect oil prices to be increased any time after 7th March (the last date of polling in UP). Credit rating agency ICRA points out that “While it is difficult to pinpoint the exact amount of lagged revision in RSPs (retail selling prices) of MS (motor spirit) and HSD (high-speed diesel) that is warranted by the surge in crude oil prices to the current levels, we expect it to be in a range of Rs 6-8/litre, i.e., similar to the cushion offered by potential excise reversion to pre-Covid rates,” its Chief Economist Aditi Nayar said in a report.

The international crude oil price, in Indian basket terms, surpassed the USD 100 per barrel mark on February 24 for the first time since September 4, 2014, the report said. The price of the Indian crude oil basket has averaged USD 93.1 per barrel so far in February 2022, a 10.5 percent surge relative to USD 84.2 per barrel in January 2022, it added.

Another development to watch out for is the results of five state assembly polls that will be announced on 10th March. Global investors are watching Fed action on interest rates to be announced on 16th March. This may bring some volatility to asset prices in emerging markets such as India.

The third development to watch will be the IPO of Life Insurance Corporation. The timing and size of the issue have not been announced yet. This could be a very large issue and reduce the liquidity in the market. Investors may sell other holdings to invest in this IPO. This could lead to a decline in share prices around the time of the IPO.

Another development to watch out for would be the conclusion of the Winter Olympics in China, which had affected the supply of key raw materials, especially heavy metals and pharma companies, due to Beijing’s determination to reduce pollution. We can expect the supply chain woes dependent on Chinese raw materials to ease, lowering the pressure on costs.

Should we add defensive sectors to the portfolio?

In uncertain economic times, investors have preferred to invest in defensive sectors like software services, pharma, and the consumer sector in the past. Is it time to do that again now?

We think the demand outlook for these sectors might not get impacted in the short term but high commodity prices will keep the margins under pressure for longer than anticipated. Companies will struggle to protect their margins and juggle between passing the inflation to consumers and cost-cutting. This may impact profit outlook adversely for the medium term eventually impacting the share prices. Industries getting impacted due to the shortage/inflation of RM and energy prices will have to cut down their discretionary spending. Companies may have to restrict ad and IT budgets to protect their margins. This may slow down the growth of Media and Entertainment and software companies in the medium term.

In summary, we think that investors should be patient with their investments before any clarity emerges on the prevailing economic issues- how the war and Indian elections affect the oil prices and Fed’s meeting on 15th March.

Edited excerpts of an interview with Mr. Vivek Agarwal, President-BFSI and Corporate Development at Tech Mahindra (TECHM) with CNBCTV18 on 6th December 2021:

Excerpts of an interview with Mr. Abhishek Somany, MD, of Somany Ceramics (SOMANYCERA) with CNBC TV18 on 12th October 2021: