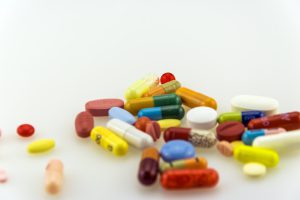 Excerpts of an interview with Mr. RK Baheti, CFO of Alembic Pharma with CNBC TV18 on 9th December 2021:

Excerpts of an interview with Mr. Ramesh Swaminathan, ED, and Global CFO, Lupin, aired on CNBC-TV18 on 30th December 2020:
● In the case of new launches- after a drought of the past few years, Lupin had several launches in the recent past. Lupin has launched 12 new products. The most important of the launches has been Albuterol. Albuterol has a large market and the overall inhalations segment is still a growing market in the US.
● Lupin has a pipeline of 150 product launches in the US over the next 3-5 years. Some of that was delayed due to plant issues but now Lupin will launch the bulk of that. Lupin’s story is all about future products in specific areas such as inhalation, complex injectables, and biosimilars.
● In the inhalations segment, Lupin is working on at least 15-20 products.
● Over the last several years, Lupin has invested 9%-9.5% of sales in R&D. This spends will pay returns in the next few years- which was lacking in the past. Lupin had a lack of good products to launch in the last 3-4 years. The company now has a few really good products which will come up in the next few years.
● In 2HFY21E, India will pick up, and going forward growth will sustain. In the US, Lupin has already reached the USD 180 mn per quarter mark and the performance will be better by 4QFY21E.
● Gross margin has been around 63-64% mark which management thinks is a good level. A lot of cost-cutting measures have been implemented which have delivered results in 2QFY21. EBITDA margin was 14.7% in 1QFY21, 16.7% in 2QFY21. Management expects that to stabilize and increase to 20%-21% by 4QFY21E.
● Lupin’s Somerset facility in New Jersey saw 13 observations. Management is disappointed but thinks things are still under control. Somerset plant is not a very big producer as compared to plants in India.
● Management is confident that Indian plants that have been impacted will get resolved. But it’s a waiting game depending on USFDA’s timeline in the covid-19 situation. There are no new filings from the Mandideep unit which has a Warning letter. The same cannot be said about Goa and Pithampur 2 which are very important sites.

Excerpts from an interview with Dr. Christiane Hamacher, MD and CEO of Biocon Biologics aired on CNBC18 TV on 24nd February 2020: