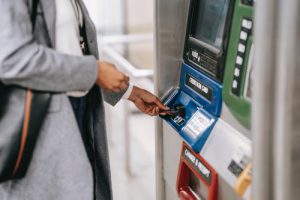 On Thursday, Nifty closed lower at 17,110 (-1%) in the highly volatile session after Federal Reserve in its policy outcome indicated interest rates hike soon.

May look to raise funds in 2HFY22E: Federal Bank

Growth not constrained by availability of either capital, geography or liquidity – Federal Bank

Excerpts of an interview with Mr. Shyam Srinivasan, MD & CEO, The Federal Bank with ET Now on 31st August 2020:
• Since the moratorium ended on August 31, 2020, no material changes are expected in September and the real picture would become clearer as they go into 3QFY21.
• The net moratorium at the end of 1QFY21 was 24%. Despite banks calculating moratorium in different ways, the Federal bank has been very strict with defining moratorium. If three or more payments were received, those borrowings were out of moratorium. All indications so far suggest the impact of the moratorium end would be as per planned and provided for by the bank.
• The gold loan performance is quite well. 1Q saw 9.5% growth in this segment and that growth is going to be very strong in the year. Gold being anti-cyclical and people resort to gold borrowing when there are any challenges in the economy.
• Businesses like auto loans in select geographies Karnataka, Kerala seem to have picked up in terms of monthly volumes while parts of Maharashtra are not doing as well.
• Typically, the NIMs (Net Interest Margin) are influenced by the margin of businesses, and reversals and low-cost funds. Strong growth in low-cost funds coupled with no material slippages helped, good growth in gold loan helped achieve good NIMs.
• The slippages in September are predictable. The NIMs for 2Q would be around the same levels as 1Q. 3Q and 4Q would depend on the slippages. The guidance for the full year remains at ~3.1%.
• They have an enabling provision for Rs 10bn of equity raise. Right now, they are not looking at raising any money and capital adequacy is looking reasonably good.
• It would be wise to see how 3Q pans out before plunging into any M&A and portfolio expansion opportunities. The growth is not constrained by the availability of either capital, geography, or liquidity, all of which are in abundance with the bank.
• Mr. Srinivasan’s term as the bank’s CEO & MD ends in September 21. With a well-thought-out succession planning in place, there is not a lack of continuity or lack of candidate and by April 21, there will be clarity on his successor.
• There is a high CASA flow from Dubai and the Middle East where oil prices have moved and job losses have happened. Whenever there is any kind of dislocation in these geographies, the bank has been a net beneficiary due to physical presence, large diaspora base, and the client base are not great shoppers and must send money home. It is not a singularly large destructive area. In the last 10 years, they have been able to diversify their business across geographies and product streams.

We will be very sensible in our lending – Federal Bank

We have grown ahead of the market for the last 14-16 quarters: Shyam Srinivasan