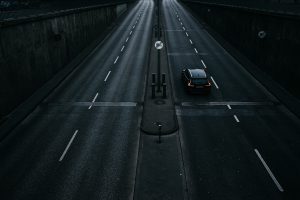 Excerpts of an interview with Mr. Rajesh Khatri, Vice President-PV Operations, Tata Motors with CNBC TV-18 on the 18th of April 2022:

JLR will not compromise on product and technology investments – Tata Motors

Excerpts of an interview with Mr. PB Balaji, Group CFO, Tata Motors, aired on CNBC-TV18 on 7th December 2020
● Management has consciously called out that turning free cash flow positive is a key objective of the business.
● Both JLR and TML will be free cash flow positive in 2HFY21E. The India PV business will turn positive from FY23E. The management is confident of delivering on these targets.
● JLR turnover was well underway before the Covid-19 disruption. Due to Covid-19, JLR has accelerated plans that were already in place.
● Turnaround of JLR depends on 3 verticals: 1) Focus on how to use the products that have been launched to their maximum limit, 2) China geography turnaround, and 3) Cost and cash savings as part of the Charge+ program. As these 3 factors come together, JLR will turn free cash positive and that will ensure deleverage.
● Land Rover has been doing better than Jaguar. Land Rover also generates most of the profits currently. Turnaround and sustainability of cash flows of Jaguar is part of the overall medium-long term JLR turnaround plan.
● On the Indian PV side, the New forever range launched by TML in February 2020 has been successful in generating demand traction. Overall, the industry is seeing a demand resurgence in PV led to a need for a safe commute. Post-Diwali this year there hasn’t been a serious decline in sales which is what happens normally. Order books are at all-time highs.
● The Indian CV business is also seeing sequential recovery, although slower than PV. Recovery came earlier in SCVs and ILCVs.
● MHCVs are also doing better in the last 1.5 months. Financing has opened up for MHCVs which is helping sales. With the economy slowly starting, there is a pick-up in cargo movements.
● One segment that is not performing well at all is the Passenger carriers (buses) segment due to schools being shut and most offices working from home.
● JLR has slashed FY21E capex plans to GBP 2.5 bn. But JLR will not compromise on product and technology investments. The capex cut is in tune reflecting the decline in the demand scenario. Some products whose business case was not strong enough have been put on pause.
● Every JLR product will have an electrification option by early FY22E. The electrification journey is well underway and is not stopping here.
● Additionally, Tata Motors is looking for partnerships – be in JLR or TML – to ensure capital productivity.
● JLR margins went up to 11.1% in 2QFY21 on the back of Charge+ cash savings. Management expects further improvement in profitability and cash flows in 2HFY21E. As volumes increase, initiatives made on the costs, especially material costs, will get reflected more.

‘Onam has performed very well overall for the industry and particularly for us at Tata Motors.’
We had pretty robust growth both in terms of first-time car buyers from smaller towns but also upgraders and probably people getting their second car into the household in the bigger towns, says Mr. Vivek Srivatsa, Tata Motors.

• When asked about the targets for festive season he informed that fortunately ever since the unlock has begun around the middle of June, there has been a consistent increase in demand for passenger cars and it has sustained pretty well through the last four months. The first indicator of festival season is how Onam performs. It has traditionally been the first festival across the country and this year Onam has performed very well overall for the industry and particularly for Tata Motors.
• Tata Motors had sustained demand across all five products. It launched a completely new range of five BS-VI ready products in January and fortunately have demand for all five so much so that most of the production is being lapped up. Considering the farmers community has been blessed with a good monsoon, agricultural production seems to be going really strong, the harvest season is performing well. Now on the back of these factors, he is expecting a fairly good festival season.
• His comments on current dealer inventory levels in the channel and timely delivery: For Tata Motors, dealership inventory is a shade below what the company would like it to be at an ideal level. Company is trying to ramp up production and take care of their bookings. As a result, customers are having to wait a little longer than they would like. All three plants are accelerating the factory forward kind of transportation to the dealers as much as possible, getting into daily work management to produce and dispatch the cars as early as possible.
• Tata Motors is ramping up processes and operations to ensure that customers get the deliveries on their favored time in terms of auspicious days or in terms of specific days they would like to get it. Tata Motors have a pretty good mechanism of informing the expected date of delivery at our dealerships. Customers are informed well in advance of when they can expect their cars.
• When asked which are the key geographies they are focusing on and demand scenario from metros, tier I, tier II and rural areas he replied that traction seems to be pretty consistent across both tier I, tier II and smaller markets. The good indicator would be Kerala with Onam as a base case. Pretty robust growth was seen both in terms of first-time car buyers from smaller towns but also upgraders and probably people getting their second car into the household in the bigger towns. Tata Motors have a fairly spread product range right from hatchback which traditionally is called the entry hatch and Tiago going up to a mid-SUV of the Harrier, a pretty wide price band. It would not be an accurate parameter to gouge where the demand is coming from. But looking at the flow of bookings, demand is fairly uniform across the different town classes.
• However, in terms of offers, company have made a slight differentiation between a bigger town and a smaller town. It was seen that post the pandemic, there has been a huge demand uptick for personal transportation owing to the safety that is involved and by and large people are looking at ease of entry into car ownership and hence marketing has largely revolved around two areas. One is to assure the customers that it is very safe to actually visit showrooms and experience test drives. Second, in terms of ownership, company’s focus has been largely on making ownership accessible and very aggressive EMI offers, finance options, ease of finance availability have been the focus.
• When asked about sales reaching pre covid levels he stated that overall, industry is on par with pre-Covid levels but specifically for Tata Motors, they are happy that they have exceeded pre-Covid levels. This is quite visible by company’s market share increase. Tata Motors have grown their market share substantially compared to pre-Covid levels. Demand is continuing to be strong and it is to some extent, exceeding supply in the ensuing period. In terms of customer behavior, there’s quite a lot of change. There is increased focus on safety. Most of cars are four star or five stars rated in the global end cap rating scale. Customers have really shown preference for their range right from Tiago, Tigor, compact SUV the Nexon as well as latest premium hatch the Altroz.
• He said that the other area of difference being that he sees a lot of family involvement in car purchase now and hence the design appeal is becoming stronger. It is more of a unified purchase decision today than it was earlier and inputs from women are higher than ever and hence we see a strong orientation towards appealing design and also comfort features are coming very strongly to the fore. Premium Altroz is hugely lagged because of the 90-degree opening doors that it provides and the flat floor. These are features that customers are quite fascinated by. So, there is a slight change in customer behaviour with far more orientation towards safety and design.